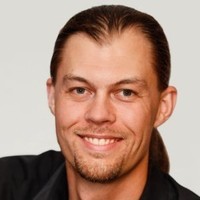 How did you end up in Little Village? I came to La Villita during a spring break trip my freshman year of college. 40ish students from my school came to Chicago through a program called Urban Immersion by Campus Crusade. We worked with ministries throughout the city. Most groups have like 5-10 students. La Villita Community Church was the only host site big enough for all our group to stay at – I fell in love with the neighborhood and culture. I brought Amanda (we were dating at the time) up for a week the following summer and she fell in love as well. We continued to visit throughout our college career and decided we would move here after grad school as we had goals and obstacles that we wanted to address before coming. However, she did a virtual recruitment fair with CPS in 2004 (CPS’ first ever virtual fair) and I met her later that night – her first words as I got out of my car were “We’re moving to Chicago in August”…not hi or glad you’re here…we spent the rest of the evening talking about what CPS had offered and what that meant for us. We got married Aug 6, 2005 in Kentucky and moved into our apartment on 25th and Millard Aug 14, 2005.

What brought you to La Villita Community Church? What keeps you here? During that week in Spring 2002, I worked in Cabrini Green, West Garfield Park and other areas in the city, but spent my evenings talking with Pastor Vic and Tiffany Childress (now Price) and doing small repair projects around the building. I felt a certain comfort here that I had not felt since moving to the US in 1990, and I loved the way the church was involved in the community, not just inviting people to programs, but actively engaged in non-church stuff and allowing non-church stuff in the building, and I loved the feel of community in the church. What keeps me here…several things, I love our community, I love the relationships we have with each other, the ways that we challenge each other and celebrate together. I love our informality and the ways we love kids and our neighbors. I appreciate that we as a body are committed to working with organizations/groups regardless of their faith to serve our neighborhoods. I appreciate how we are encouraged to be authentic in our faith and live/work out our salvation – imperfect as we may be, and that be accepted. I also love that our church embraces our cultural heritage and identity, but does not do so to the detriment of other cultures (including within our body).

How did you come to know Jesus? I grew up in church, though not like most people. I was born in the Philippines while my parents were missionaries there. We moved to the US and to several different states. From early on I knew my family was different, the way we talked, what we talked about, the way my parents engaged with me and the people we had to our house. As I grew up I came to understand that was because of the faith my parents had and the ways they studied the Bible. I got baptized when I was 7, after a lengthy discussion of faith and life choices with my parents. But I think I really began to have a personal relationship with Jesus in early September of 1999. I had moved to Kentucky that summer, had no friends at that point and was frustrated with church and the way the kids I had met in churches I visited over the summer treated me when school started – it wasn’t the Christian hospitality that I hoped for (for that matter even just basic welcoming I deemed appropriate.) Hence I made my mind up I was going to just “front” church for my parents but do my own thing. I got an invitation to a hotel party after a high school football game and found myself with a bunch of alcohol and other substances and an open invitation to whatever else might occur. As the smoke filled the room and the first drinks were poured I heard a voice within me say “This is not who you are” that totally killed it for me. I stuck around for another hour or so, cut my way through the smoke and went home. I knew it was God, and spent a few hours after I got home praying that if that’s not who I am according to Him, that He show and teach me who I am and that’s I think when I really started walking with this guy Jesus.

What are some initiatives in the neighborhood that you are a part of? Wherever I find myself. I’m the Board Chair of Chicago Youth Boxing Club. I am an active person on the Little Village Economic and Workforce Development Collaboration (which is a group of organizations that has been meeting with Target for the past year as they open the Distribution Center on Pulaski) I’ve been involved with the One Lawndale initiative bringing churches/organizations together between North and South Lawndale. I am also a member of the Urban Leadership Team of the Crucible Project.

What does community mean to you? Community is living life together. It’s sharing each other’s joys and hardships and walking in the mundane together. It can be based in place, or ideas – sometimes we have the same end in mind but different steps/methodologies, so part of community is working out the differences and how to support each other along the way.